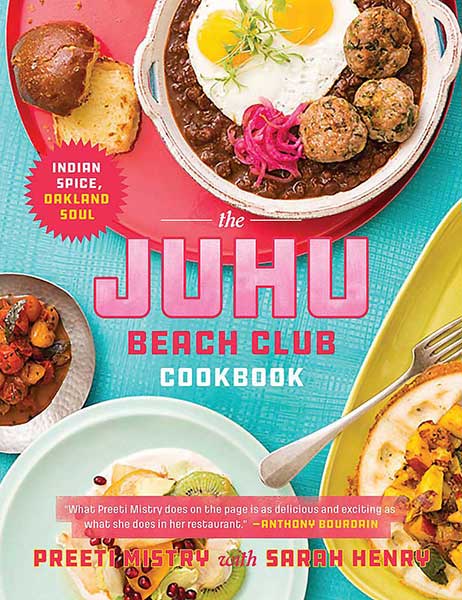 One of the biggest restaurant cookbooks for Fall 2017 – Eater

What Preeti Mistry does on the page is as delicious and exciting as what she does in her restaurant. – Anthony Bourdain

[Mistry’s] energy and passion infuse the entire cookbook, which is as exciting and inspiring to read as it is to cook from.   – Publisher’s Weekly ✮ review

Every year, one or two cookbooks come out that feel like old friends. Right now, that book is Juhu Beach Club Cookbook. Between all those recipes is Mistry’s memoir, which is super-engaging. – Layla Schlack, Senior Editor, Wine Enthusiast