Stamping Out Sexual Harassment in the Kitchen

In the past year, the restaurant industry has been rocked by widespread sexual assault and harassment charges, with accounts of male chefs behaving beyond badly from coast to coast. Among the most egregious allegations: the Spotted Pig’s private third floor for VIPs was reportedly the site of so much sexually inappropriate behavior it was dubbed the “rape room” by concerned staffers. 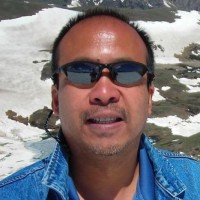